How to Prepare a Project Proposal for Funding 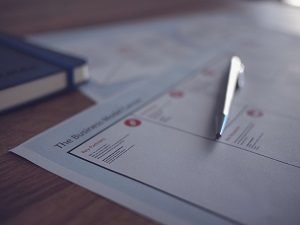 Nowadays, there are a lot of young people who are not able to bring to life their creative and bold ideas due to the lack of financial resources, which are necessary to implement a project. At the same time, there are numerous funding opportunities for the individuals and organizations willing to fulfill their ideas. Therefore, being aware of how to prepare a project proposal for funding implies a key importance in terms of the successful realization of one’s creative potential. Moreover, the knowledge of how to prepare a project proposal for funding would be remarkably helpful even for those students who have not yet formalized their creative, social or business ideas.

The Overview of a Project Proposal

The aim of a project proposal for funding is to convince the grantor that the idea presented is worth financing. It should be noted, that the term “project proposal for funding” may have a meaning in both broad and narrow dimensions. To be more precise, in the strict sense, the term implies preparation of a proposal which involves several essential structural elements and fulfills certain format criteria. At the same time, in its broad meaning, the proposal for funding may also refer to the non-structured requests initiated by an applicant. As an illustration, the letter of a high school graduate in which he or she asks the university for an educational fellowship would also be considered as a project proposal for funding in its broad sense. Particularly, in such case, a graduate would decide for him or herself, which structure and format would be the most suitable for a proposal. On the contrary, in its strict sense, when preparing a proposal is not a personal initiative, the document has to involve several essential elements or structural parts.

The Elements of a Project Proposal for Funding

The structural parts of a proposal may vary depending on the specific requirements of each grantor, however, the majority of the proposals involve the following elements:

The above mentioned elements are the essential parts constituting the majority of the project proposals. However, before starting to prepare the project proposal, an applicant should always check if there are some specific demands requested by the grantor.