How to Prepare a Speech in 5 Minutes 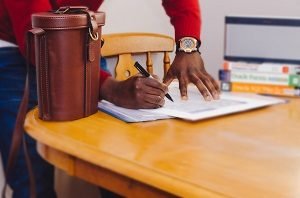 Each person, even not planning to be a speaker, may face the problem of a quick speech preparation. Nowadays, most of the business people are required to speak in public, almost every day. Therefore, their speaking career strongly depends on their proper understanding of how to prepare a speech in 5 minutes. Actually, it is popular to consider that a really great speech requires a long time of preparation. However, it is possible to deal with the lack of time, following useful steps during the preparation of the speech. Although many people do not like to represent their ideas in public, the reason of such undesirability is the lack of awareness regarding how to prepare a speech in 5 minutes.

Almost every person, talking in some team meetings or even in front of the close audience, faces public speaking from time to time. Actually, public speaking skills are crucial in speaking to the audience. Moreover, good public speaking helps to advance career opportunities. Sometimes, it is even useful to know how to prepare a speech quickly in some unexpected situation, for instance, at friend’s wedding or birthday party.

There are mainly three types of public speeches which speakers practice to use in order to affect the audience. Actually, most of the public speakers recognize informative, as well as persuasive, and also some special occasion speeches. In fact, all speeches are divided and named, according to their purpose. Therefore, they may inform the audience about some events or processes, try to change the way of thinking, and also serve as an invitation at some important event.

Having just 5 minutes for a speech preparation, it is useful to follow some strict steps. First of all, it is highly important to think about the topic. Therefore, one minute for capturing ideas related to the topic is the best starting point for quick and effective preparation. Step 2 involves a reconsideration of chosen ideas so that a speaker picks just one idea that he/she feels strongly about. Moreover, it is also important to make such choice regarding the particular audience.

The next step is based on generating some valuable ideas for the content of the chosen topic. Actually, this step also takes a minute or two for brainstorming sub-themes linked to the topic. This step may involve different ideas, for instance, some stories, examples, or evidence. The fourth step of 5-minute preparation depends on filtering just three main ideas, which will build three core sections or main messages of the speech. In fact, four steps represented above indicate that the hardest part of the work is over.

The last step is the examination of three chosen points along with a brainstorm of new supporting content. The first section should make the speech relevant to the audience. A second message should link a speech to life as it involves various examples along with emotional stories. A finishing section should be a call for some actions. Moreover, the last message of the speech should make listeners think differently. In addition, some people may also finish their preparation with a sixth step, based on pulling the information together, according to the framework: title, body, and conclusion.