Gender and Equality Issue to Describe in the Academic Essay 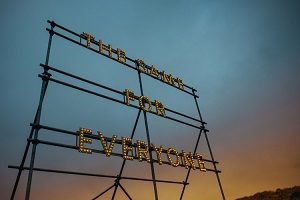 If you struggle to pick up new ideas for academic writing, use classic topics such as gender and equality. You will easily find arguments and gather different facts to generate an excellent essay.

We know that all genders deserve rights and respect, and this is the mantra of those who advocate for gender equality. But what is the big deal? Why do gender and equality go hand-in-hand? While it seems that genders received equality a long time ago, this is not the case. In many societies, the oppressed are fighting for the ability to be a person and to receive the rights they deserve.

What is Gender Equality?

Gender equality means all people have the same access to opportunities and resources, regardless of gender. All genders should be given access to the same educational facilities, careers, and representation. It is closely associated with female empowerment, as women have been the oppressed gender in most societies and still face oppression in some areas.

In many developed countries, gender equality has advanced. Women, who were once confined to the home and the act of childbearing, those who were not given the opportunity to own property, are now doctors, lawyers, and politicians. The United States has even had the first female presidential nominee of a major party!

Equality has come a long way since the women’s suffrage movement of the 19th century, but there is still a long road to achieving total gender equality. In some Middle Eastern countries, women are the victims of honor killings, a violent act that occurs when someone has brought perceived dishonor to their family. In many societies, women have difficulty receiving reproductive health care and the right to manage their own lives.

From an economic standpoint, women are not promoted as often nor do they make as much as men. The average female employee earns 78 cents for every dollar made by a male employee. However, the wealth gap has a more significant discrepancy; a woman only owns 32 percent of the wealth of her male counterpart! In professional meetings, women are discriminated against, and their ideas and values are considered unimportant. In many instances, the thoughts of men are the ones that gain support and are implemented.

Despite the obvious issues with equality, millennials have a difficult time justifying the need for equality and justice. This problem stems from the secularization of society; they have rejected religion, and, therefore, must create a new moral framework for their decisions.

Furthermore, the secular right, no longer clinging to Christianity, pushes to oppress anyone who does not conform to their expectations. It is naive to believe equality will come naturally, and this is why people have to actively promote equality and let others know discrimination will not be tolerated.

A Way to Promote Gender Equality

By being proactive, it is possible to close the gap between gender and equality. Women should be given dignity and respect, and violence against women should be prosecuted to the furthest extent. It should be a priority for women to have access to reproductive health care; this can be accomplished by making healthcare easily accessible and removing the stigma of reproductive rights.

Transparency is the first step in combating economic bias. A company has to acknowledge their gender bias before it can be properly addressed. When hiring and promoting employees, gender should not play a role; a person should be chosen on their resume and ability, not their sex. Everyone should be seen as an equal in the workforce. Instead of emphasizing on gender, ideas and contributions should be evaluated for their merit and sustainability.

Gender equality has come a long way, but there is still so much further to go. The rights of everyone should be protected, and people need to be held accountable for their violent behaviors. This may be difficult without a consistent moral framework, and one can only hope societal pressure will be enough to promote equality for all.

So, now you’re well-equipped to prepare a great essay and describe the problems from different points of view and suggest some valuable solutions.