How to Craft a Global Warming Essay 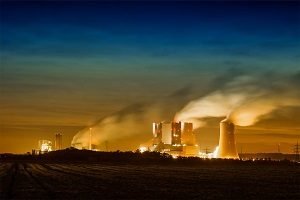 Writing a global warming essay may seem confusing and daunting, but it does not have to be. With the information in this article, writing a piece on the phenomenon will be simple. This article can even help you become a better steward of this planet. How cool is that?

What is Global Warming?

In simplest terms, global warming is the gain of the Earth’s natural surface temperature. Greenhouse gases, like carbon dioxide, create a greenhouse effect by trapping the heat from the Earth. Greenhouse gases are caused by humans. The phenomenon mimics what happens in a greenhouse. The gases act like the glass at the top of a greenhouse; it absorbs heat but does not let it escape, so the greenhouse – the Earth – heats up. It has been heating up for 627 months in a row, and 2016 was the hottest year on record.

Why Does it Matter?

Life on the Earth requires constant and mild temperatures, and a change in either direction – too hot or cold – will have a drastic impact on this planet. However, this doomsday scenario is not the only problem caused by global warming; some effects are impacting the earth right now.

Global warming also causes the arctic sea ice to melt at higher rates. The loss of some sea ice may not seem necessary, but it can negatively impact the Earth in quite a few ways. Melting sea ice leads to habitat loss for arctic animals, like the population of polar bears, which are expected to decrease by 30 percent over the next 35 years; can amplify the warming of the Earth; change ocean circulations; and increase sea levels, which can contaminate drinking and flood coastal regions.

Rising global temperatures contribute to increased weather events as well. With higher temperatures, the occurrence of extreme weather (droughts, floods, heat waves, and hurricanes) also increases. These disasters contribute to thousands of lost lives and billions of dollars in damage. According to the UN Refugee Agency, between 2008 and 2015, 2.5 million people were dislocated by weather-related disasters.

Destructive greenhouse gases are emitted by activities some may view as inconsequential. These gases are produced by the burning of fossil fuels – like coal and oil, deforestation, farming, and manufacturing appliances.

What Can We Do?

There are countless preventable measures one can take to help reduce global warming. Planting trees can combat deforestation, and the trees will take in carbon dioxide – a key component of global warming – and release oxygen. Waste decomposing in landfills releases methane and reducing waste by recycling and reusing resources lessens this dangerous gas. Using fewer fossil fuels plays a crucial role in reducing global warming. Decreasing the amount of energy used – like electricity and cars – and investing in renewable energy will lessen the amount of pollution and slow the heating of this planet.

Global warming may seem a confusing subject, but it does not have to be. It is vital for humans to realize they are directly impacting the Earth in a negative way, and they are the only ones who can stop it. People have to be proactive to reverse dangerous occurrences like desertification, melting sea ice, and dwindling polar bear populations.

Promoting a healthy planet may not be simple or convenient, but lessening human pollution is the only way to have an important and beautiful planet for generations to come.