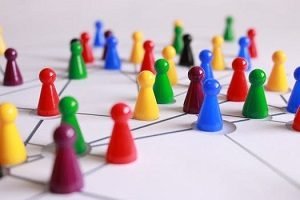 Project topics in networking entail the concept of creating a series of acquaintances and associates, then keeping active communication with them for mutual benefit. The topics dig deep into how people can help each other in their relationships, whether young or old. Project topics in networking teach people the importance of being smart at networking for development in the contemporary competitive world. It requires that people be good to each other, since no one can live in isolation. Human beings keep needing each other at different levels, despite different people being in different calibers of life. It should be noted that great resume is still important in bids to pursue dream jobs for professionals. However, networking is obviously a big plus in job pursuit. Project topics in networking give insight about the necessity of creating a network with a big and diverse group of individuals in securing jobs much more quickly than having the necessary credentials without vast networks. These topics help learners to realize the necessary tips for making the best of networks. The tips include being intentional, having an icebreaker, being open about own career goals, and following up on one’s commitment. It is worth to note that these tips are important in enabling people to realize specific benefits of networking, which have been discussed below.

Networking Sells. Networking sells by enabling people to spot opportunities through the connections they make. One would have the chance to establish what the people in their networks do and whether they could be having problems to be solved. This would enable one to realize where his skills are needed for productivity, an opportunity that may culminate into career advancement. Furthermore, creating vast networks would expose one to many people from different walks of life, some of whom may be hunting for different skills for their organizational undertakings. Such a scenario may land one into a job without actually tarmacking for it. However, it needs one to be good at communicating and socializing with his environment.

Networking Can Further One’s Career. Some organizations do not advertise many jobs, and this is an advantage to those who create good networks within and without their workplaces. Such jobs mostly involve promotion and can only be realized by one who has access to an insider in the affected organization. Networking would enable one to find out about such jobs and lobby for the position more easily than those without networks with the relevant people as regards the job at hand. This implies that the beauty of networking lies in its ability to enable one understand the dynamics of business and work place.