Beginner’s Guide on How to Plan Writing a Book 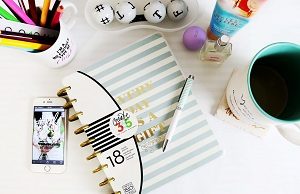 Probably there is no such a person who has never thought over how to plan writing a book. Creation of own fantastic world with fictional characters that perform the actions forbidden in the reality – this is the main aim of any novelist. Nevertheless, all novice authors always ask themselves where to start, how to transfer the entire creativeness of their ideas on the sheets of paper, how to structure the chaotic thoughts into a coherent novel that will capture the reader’s attention from the first page. Planning a book helps to avoid the vast majority of typical writer’s mistakes that occur while developing a plot. Moreover, it serves as a great tool in preventing different mishaps with characters. For the reason of that, before starting a work each professional writer should thoroughly inspect the main rules of how to plan writing a book.

The Importance of Planning

Every author either experienced or inexperienced one should be aware of the planning significance. Undoubtedly, in order to develop a real masterpiece, it is essential to go through a durable planning process due to a number of the following reasons. First of all, the human’s memory is an unreliable source and in most cases of disorganized writing, all interesting and creative details are lost during the bookwork. Secondly, it is important not to get lost in the causal relations of the story. Last and most important, the book should be performed in a form which would be understandable for readers; it could not be a simple flight of ideas.

The process of planning a book is a complex one and requires the implementation of different steps whose number varies. One of the possible classifications distinguishes between the following four: organization, making master lists, ability to write anywhere, and brainstorming ideas.