Practice Writing a Literature Essay with Us 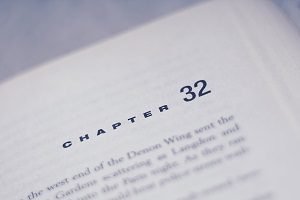 Reading and analyzing literature is an integral part of all educational programs throughout the world, thus, it is only reasonable that writing a literature essay can be seen as a common academic task within most of the academic establishments. It is not entirely enough for the student to just read a specific literature piece, it is important for him/her to analyze it in the context of its relevance to the academic course. Analyzing a piece of literature in an independent and critical approach is vital for the student’s self-development. Thus, it would be more that noteworthy to take a glimpse at the basic elements that form the task of writing a literature essay.

What is a Literature Essay

A literature essay is a written academic work in which the student attempts to critically review a certain piece of literature, analyze it from the perspective of the course, and reveal his/her thoughts and findings in a written form that is matching the set academic criteria. It is a kind of literature review that differs from a common review article in the fact that it is written within certain academic requirements, focuses more on the scientific value than on plot and/or context, and aims to test the student’s critical thinking skills. Since this particular kind of work is an essay, in most cases, it is short and laconic, and does not usually exceed more than two or three pages.

How to Write a Literature Essay

A literature essay’s first and most important goal is to explain the author’s understanding of the topical issues described in the book or any other reviewed literature writing. It is important for the student to read the book thoroughly and form a solid understanding of its main concepts and ideas. The student also has to express his/her understanding of the concepts of the academic course. Thus, it is not enough just to express one’s opinion on a book, it is required to apply the methods and approaches of the discipline related to the task.

Just as any essay, a literature essay has to be structured including three basic elements: an introduction, the body, and the conclusion. In the introduction, the writer should provide a brief explanation of the main concepts and outline the purpose of the essay in a solid thesis statement. The body should form the main analysis of the book. One of the most common errors that students make when writing literature essays, is talking about the plot too much. The analysis of the book should be focused more on academic values, such as metaphors and allegories (if writing in a literature discipline), or other techniques that resemble the discipline within which the task was assigned. Plot analysis should not extend more than a few lines. In the analysis, the student should focus on the complex ideas hidden within the context of the literature work and their value to the reader. In the end, the writer should form a conclusion that outlines the general idea and a summary of the work.